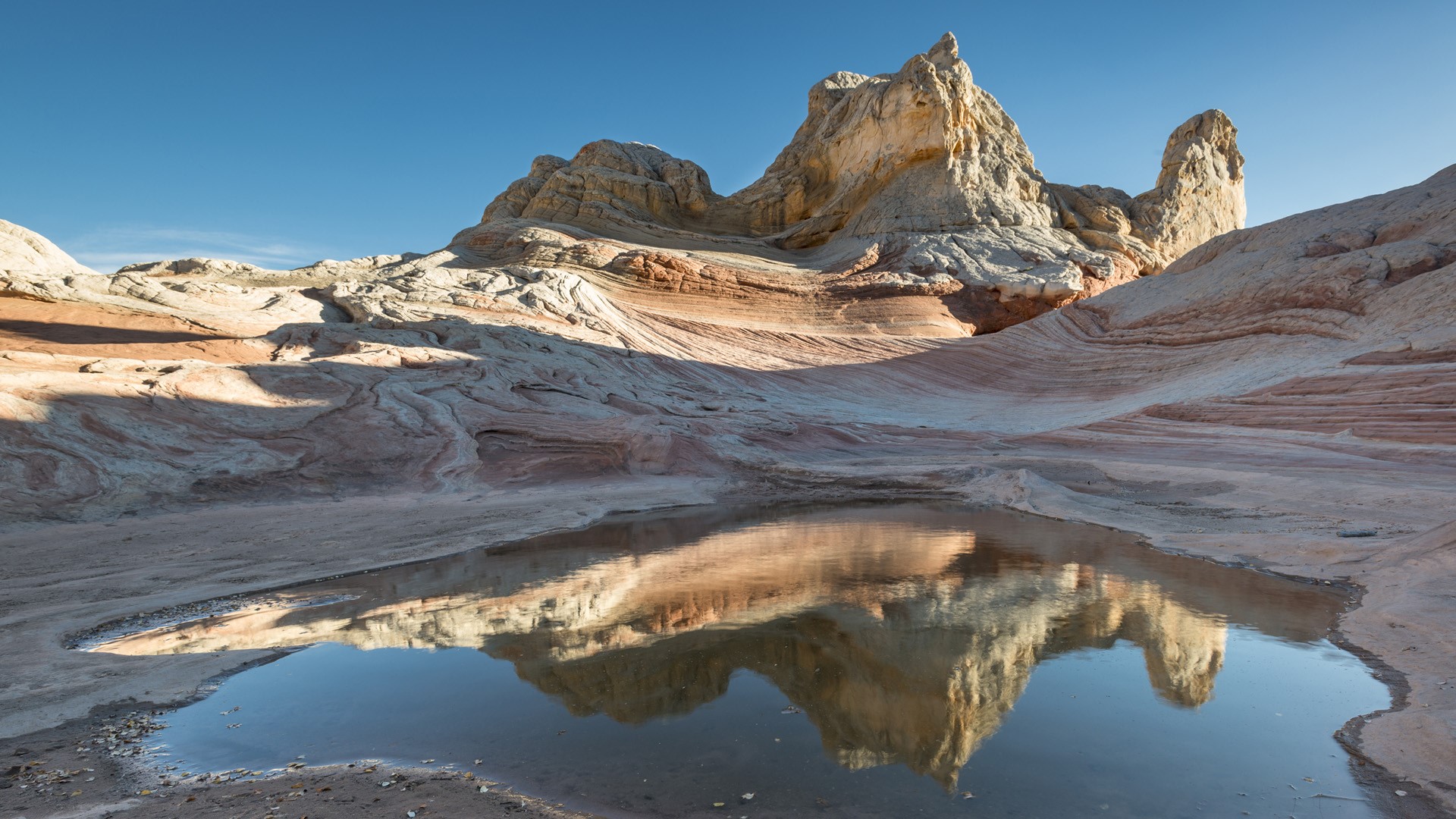 In a landscape known for its scarlet whorls of stone, a pale rocky overlay inspired the name of…
This pocket of surreal beauty

1080x1920
md5
© Danita Delimont / Offset 2020-11-17 11:55:15 : Pool reflection and sandstone landscape, Vermillion Cliffs, White Pocket wilderness, Bureau of Land Management, Arizona
The Vermilion Cliffs are steep eroded escarpments consisting primarily of sandstone, siltstone, limestone, and shale which rise as much as 3,000 feet (910 m) above their bases. These sedimentary rocks have been deeply eroded for millions of years, exposing hundreds of layers of richly colored rock strata. Mesas, buttes, and large tablelands are interspersed with steep canyons, where some small streams provide enough moisture to support a sampling of wildlife.
More than twenty species of raptors, including bald eagles and golden eagles, peregrine falcons, and several hawk species, have been observed. The endangered California condor has been re-introduced into this region recently due to its remote location and lack of human habitation. Desert bighorn sheep, pronghorns, and mountain lions make up most of the large mammals found here, with about 30 more species of smaller mammals. Several examples of rare fish species, such as the flannelmouth sucker and the speckled dace live in the streams of the monument. The Welsh's milkweed, a threatened plant species that grows on sand dunes and helps stabilize them, is known to exist only in the monument and one other area in neighboring Utah.
https://www.offset.com/photos/pool-reflection-and-sandstone-landscape-vermillion-cliffs-white-777873